Women on the tools 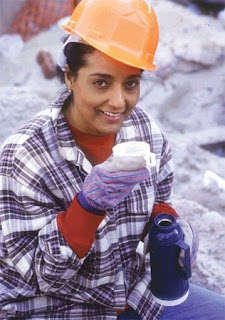 A dispiriting announcement from ConstructionSkills, which despite spending £500,000 on a dedicated recruitment drive, has failed to meet its 2007 target for attracting women and ethnic minorities into the construction trades. Last year, the national body signed up only 299 such recruits, not only way below the target of 463 but also 22% lower than the number recruited in 2006. (Building magazine, 11 April)

According to the ConstructionSkills report, part of the problem is getting employers to provide work placements for diverse recruits. This is hardly a revelation to anyone who has worked on projects to attract women into the industry. Way back in 2002 Building Work for Women (BWW)was launched to work crack the problem of getting site placements and jobs for women to complete their NVQ training– and it did just that. All bar one of the women (many of whom were from ethnic groups) were found that vital 13 weeks site experience and were offered permanent work.

Tragically, BWW came to an end with the demise of its creator Women’s Education in Building, which closed for lack of funds after 20 years of training more construction tradeswomen in its modest unit under Westway than the whole of ConstructionSkills across the UK. Just imagine what £500,000 put towards this work might have achieved.

In the meantime, Women and Manual Trades (WAMT) has picked up the baton and is reinvigorating BWW with the support of original funders the London Development Agency. Let us hope that the commitment to attracting more women is reflected more practically than paying for expensive advertisements in fashion store changing rooms.

Afterthought: If ConstructionSkills has seen a 22% drop in women and ethnic minority recruits, yet the number of tradeswomen remains at 1.3% for the second year, who is delivering apprentices in sufficient numbers to maintain that overall figure? Answers on an email please.
Posted by sandirhysjones at 01:25