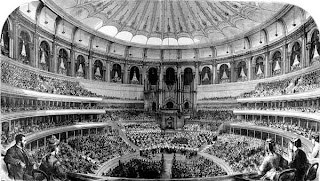 It’s Proms season again, that extraordinary eight weeks of glorious classical music, old favourites, challenging new works and exuberant audiences. With tickets starting at a fiver and the entire programme transmitted live on BBC radio and television, it is a mystery that anyone can describe this joyful summer event as elitist (as Margaret

Hodge claimed in 2008 when Minister for Culture). A mystery nearly as great as the widespread misconception about the skills and contribution of engineering.

The Proms take place in the vast edifice of the Royal Albert Hall, one of the most extraordinary buildings in London. A building that was designed and delivered by an extraordinary man, the engineer Major-General Henry Young Darracott Scott. “Goodness me,” whittered BBC presenter Christopher Cook, in a Proms interval feature between a typically eclectic mix of Stockhausen, Birtwhistle and Schumann. “Why appoint an engineer?"

Fortunately renowned architect Max Hutchinson was on air to provide a robust answer. “Thank goodness that it was!” he replied. “Engineers got things done, like the Crystal Palace for example. Just look at the roof of the Royal Albert Hall, the span is enormous, just like an airport terminal - an extraordinary achievement in the mid 19th Century.”

This support came from a rather unexpected quarter - many engineers have become resigned to seeing their creative efforts overshadowed by their architectural colleagues - but it transpired that Max Hutchinson’s father was a military engineer, like Darracott Scott. “There’s something about an engineer that makes him a hero. Back in the 19th Century people would have trusted Brunel to extract teeth,” he went on.

Whilst listening to this spirited support of the engineering profession, I was reminded of two visits to

the Royal Albert Hall that combined wonderful music with technical ingenuity. Back in 1969, I attended the concert to inaugurate the installation of the mushroom shaped baffles suspended high above the arena in an effort to improve the notoriously tricky acoustic. (I should say here in defence of Darracott Young that the hall was not originally intended to stage concerts.)

Then some thirty years on, I enjoyed a fascinating tour of the dome and the newly created cavernous basement area, followed by supper and a Prom concert enjoyed from the comfort of one of the capacious boxes. The tour was led by structural engineer Michelle McDowell, who as a director of the international multi-disciplinary firm BDP (Building Design Partnership) was responsible for the renovation works at the Royal Albert Hall. 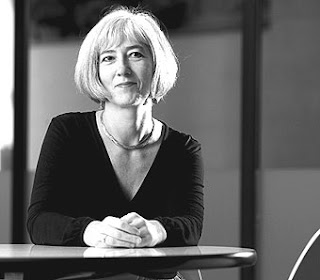 Michelle’s impressive career in engineering has been rightly recognised this year, with a string of honours and awards. In January she became the first woman to chair the Association of Consultants and Engineers, in June she was awarded the MBE in the Queen’s Birthday Honours and then in July was announced First Woman of Property by Lloyds TSB and the CBI.

So whilst I appreciated the spirited and informative contribution to the debate by Max Hutchinson, I couldn’t help thinking that it would have been rather more satisfying for the BBC to ask an engineer, rather than an architect, to talk about the engineer who delivered the Royal Albert Hall. Perhaps even the woman engineer responsible for the £70m renovation project, including the basement in which the radio programme was being recorded. A sign of the times perhaps. In the 21st Century engineers are rarely seen as heroes - let alone heroines.