"Tradition is an experiment that worked." 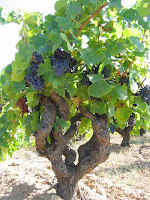 Harvest time, and where better to spend it than in south west France, where last week the grapes hung full of sweetness and the leaves glowed red after the first frost. Expectations are of a bumper year for quality (although not as high in quantity as the excellent 2005 vintage), so the atmosphere was buoyant as our little group of guests for the vendange walked along the rows of vines with young and dynamic winemaker Vincent Chansault.

Originally a chemistry student, who couldn’t see where that subject would take him, Vincent discovered his vocation in time to enrol on the right course, graduating from the school of Viticulture and Oenology in Cognac and going on to get the dream job of starting the Domaine Gayda vineyard from scratch at the age of 22. In just seven years, fields of sunflowers have been replaced with a vineyard producing award-winning wines.

As Vincent described some of the challenges of establishing a successful vineyard, there was a sense of déjà vu. The skilled workers Vincent needs at key times come in every year from Spain. He has tried local labour and there simply aren’t the skilled and committed workers available. The industry is an ageing one, with an average working age of 55. Occupational health is a concern, with the highest levels of cancer in the country due to the fertilisers and sprays used on many vineyards. 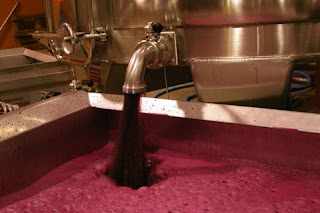 Capital costs and depreciation are significant too. The steel presses and fermentation vats are custom-made, and the casks made by specialists from fine French oak cost 1000 Euros each – and are worth just 40 Euros five years later, when they are pensioned off. Sounds just like construction, I was beginning to think to myself. Insufficient skilled labour, ageing workforce (average age of a steel erector is 55), capital investment, occupational health issues – not to mention adverse weather conditions and the economy.

But then the atmosphere perked up again. Rather than keeping the soil weed-free, Vincent encourages wild plants to grow between the lines of vines, sowing specific ones such as oats, rye and vetch. Why spray chemicals to clear weeds, he says, as this is not only harmful in itself but actually drives bugs and disease to attack the vines. So in high summer, there are not only the traditional rose bushes at the end of each line (they will pick up the first sign of disease) but meadow flowers and cereals flourishing too, creating the green manure that will help to create the cherished ‘terroir’. Bold, innovative approaches are needed in a conservative and competitive market. "Tradition is an experiment that worked," as Emile Peynaud, wine master extraordinaire at Chateau Margaux, remarked when challenged.

"It’s young people who are driving this thinking," says Vincent, "they are committed to sustainabiliy and organic, balanced food production. It is the only sensible way to move forward." Just the words that were used the previous week, when Andrew Wolstenholme, CEO of Balfour Beatty Management, launched a report reviewing the impact, 10 years on, of Sir John Egan’s review of construction performance. The report Never Waste a Good Crisis highlights the lack of effective leaders and the need to attract and keep more of the right people in construction. "If our present leaders do not feel up to the task, they should at least support the development of the next generation, who appear to understand very clearly what is needed. When you listen to young people in our industry, they want to be involved in delivering on the environmental agenda and don’t think that what has been called the "frozen" middle management gets it."

So, the message is the same. Young people understand and are committed to delivering sustainable solutions, whether it’s zero carbon construction or green manure in vineyards. Let's hope that global warming thaws the permafrost of middle management quicker than the glaciers. A nôtre santé! 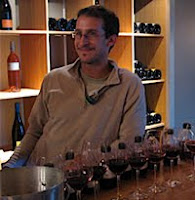 This is the first time I have looked ata blog!
I have passed the details to Vincent and I have no doubt he will be delighted!!