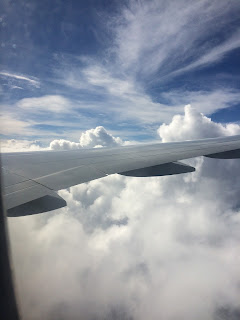 Arriving at Gatwick Airport at 7.45 am, I am confronted by a phalanx of new BA self-check baggage machines and a couple of attendants standing by to assist. Under supervision, I scan my downloaded boarding pass, heave my bag on the conveyor belt and after pressing the right button, bingo - out snakes the familiar long luggage tag. I do my best to emulate the seamless ‘slip through handle, match ends and smooth flat’ technique of the professional check-in desk person and then watch my bag disappear into the flapping plastic maw of the conveyor system. A message appears on my phone with the luggage ticket attached and then it’s off to security.

No self operated automation here, but lots of staff shouting instructions, shuffling grey plastic trays, shepherding people, staring at scanner screens, watching the mass of travellers with keen-eyed intensity. The frenetic process begins of emptying pockets, removing belts, jackets and shoes, taking computers out of their sleeves, worrying that perhaps a pair of nail scissors is about to materialise mysteriously at the bottom of a handbag. An elegant Japanese woman next to me gasps as the security guard tells her to hand over a half empty bottle of expensive French perfume. It’s not full, she pleads plaintively. I know madam, he replies, but the 100ml rule applies to the size of the container, not the quantity within it. I give a rueful smile of commiseration as she mournfully hands him the flask.

After retrieving our possessions, on to WH Smith where we are back in the self service world, with wearily resigned supervisors poised to guide puzzled shoppers. We only need two real books I say, as I have downloaded some on to my iPad. After scanning the items, the price does not appear to reflect the promised ‘buy one get one half price.’ Supervisor assures me that the charge will be right at the point of payment and by some sort of alchemy, it is. Then off at last, to flee the cold, dark, politically depressing UK for a couple of weeks of lotus eating, sunshine seeking escapism. 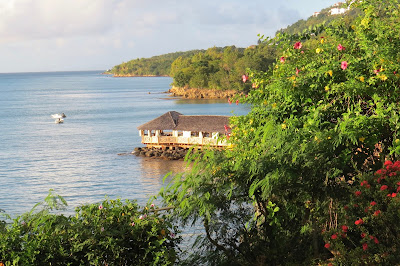 It is 24 hours later, after the nine hour flight, the hour and a half long winding drive to the resort and the shenanigans of moving our room to one away from the direct acoustic line of the nightly entertainment in the Sunset Lounge that I realise, with sinking stomach, that my iPad is not in my hand luggage. It was put in the seat pocket on take-off and then completely forgotten – because I decided to read one of the newly purchased real books. Uncharacteristically I did not do my usual OCD disembarking performance of checking pockets, floor, sides of seats etc etc.

I email BA lost property for Gatwick flights, then work through the dreary and nerve-wracking business of protecting personal technology (do I say yes or no to this question or will everything vanish into the ether??) BA Gatwick sends an automatic negative response and a non-working link to another site. I decide it’s time to seek out a person rather than fill in another form and after a little work on the Web I discover the names, direct email addresses and telephone numbers of BA customer staff in Grenada, the final destination of the plane.

Sherrill responds with an away from desk message but her colleague Albertan follows up quickly. We have no reports of anything handed in yet, he says and of course more passengers boarded in Saint Lucia and may have found it.  But do not give up hope, he goes on. I am in touch with the cleaning and engineering teams and will get back to you – meanwhile please try to enjoy your visit to Saint Lucia. 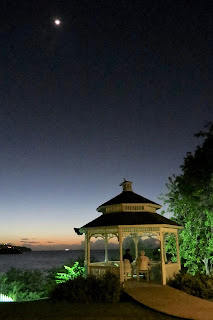 Albertan’s cheerful confidence proves to be well founded. To my astonishment, the following day I receive an email to say that the Grenada team found the iPad when doing the aircraft’s major turnround clean. It will be put on the next Saint Lucia flight and held for me to collect at the airport.  We celebrate with a rum punch under a silvery moon.

So what do these anecdotes say about our automated world? Systems are essential but so is human interaction, not just in devising them but in applying them in a way that works positively for people, especially customers. Finding an individual in the BA system who took a positive approach, the cleaners in Grenada who handed in the iPad, Barrington the night manager of the resort who took professional pride in finding an alternative and perfect room for us – rather than simply clicking through the computer generated ‘most popular choice in that category’.

And the trainee breakfast waiter telling his supervisor that we had asked for espresso coffee rather than the regular American that was on offer – and his supervisor going to the adjoining coffee bar (that doesn’t do breakfast) and getting us two cups of excellent espresso (whispering with a smile not to tell anyone.) A pity about the half bottle of French perfume….. 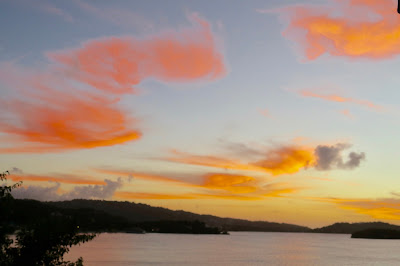