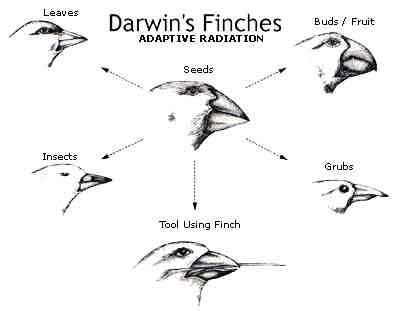 Welcome news that the Royal Institution of Chartered Surveyors (RICS) is catching up with some of its fellow professional institutions in the construction, property and engineering world. This year Louise Brooke-Smith was elected as its first ever female Senior Vice President – whether she will become its first-ever female President remains to be seen.

Meanwhile the similarity in career profiles of women reaching the top of these august bodies continues to fascinate. Louise Brooke-Smith has run her own business since 1994 – an independent businesswoman just like Jean Venables (first woman President of the Institution of Civil Engineers, Ruth Reid and Angela Brady, first women Presidents of the RIBA, Pam Liversidge, first woman President of the Institution of Mechanical Engineers, and so on ……) See Women rulers.

Just the entrepreneurial spirit, as well as academic and professional excellence, that government wants to encourage.  Moreover, the pipeline of female potential appears to be filling fast, with 984,000 female undergraduates studying for degrees, compared to 713,000 male across UK universities. The gap is expected to widen in future years as new government rules make it easier for universities to recruit students with A-level grades of AAB or better, more of whom are female.

But there are voices of caution. The Chief Executive of the Universities and Colleges Admissions Service, Mary Curnock Cook, describes the gap between male and female performance at school and university as very worrying and ‘which will lead to fundamental shifts in society’.

One institution particularly concerned about female domination of its profession is the Royal Veterinary College, where 75% of newly qualified vets are female, predicted to rise to 90% by 2015. The RVC is now classifying white males as a minority group in its latest recruitment campaign.

So in this increasingly female profession who and where are the women at the top? The first woman president of the Royal College of Veterinary Surgeons (RCVS) was Dame Olga Uvarov an orphaned, malnourished seven year-old rescued from the Russian Revolution and brought to London by her uncle in 1917. She qualified as a vet in 1934 and formed her own practice before being elected President of the RCVS in 1976.  Another entrepreneur who originated outside Britain (see Must women have to leave home to be successful), amongst her many achievements is a research medal in her honour and a bequest to provide education and travel scholarships for young people.

It has been difficult to find out just how many women presidents of the RCVS there have been since Dame Olga– I believe there have been three – as the data is incomplete and thin. But there were rather more women movers and shakers in the British Veterinary Association (BVA), than the Royal College.  Nine years before the Royal College elected Dame Olga Uvarov, the British Veterinary Association elected its first woman president, the extraordinarily able and inspirational Mary Brancker. She was a leading light in the Society of Women Veterinary Surgeons, formed in 1941 by Joan Joshua and Margaret Bentley as a division of the BVA. Its foundation was sparked by the difficulties women veterinary surgeons faced at the beginning of WWII. During the war, Veterinary Surgery was a ‘reserved profession’; male vets didn’t have to join the fighting and could keep their jobs. It was a different story for female vets however, as they were immediately redirected to essential war work. Joan Joshua challenged the Ministry of Labour in person and, within ten days of her complaint being lodged, the situation was rectified.

Throughout its existence of almost fifty years the Society pledged to keep a ‘watching brief’ over issues which would affect women in the profession. It offered women support, organised lectures on topics such as exotic animal care, arranged educational visits and in 1969 set up a Trust which gave grants for professional development.

By 1989, female graduating veterinary surgeons were in the majority; with 54% of new members added to the Register of Veterinary Surgeons that year being women. So members of the SWVS decided that it had achieved its purpose and, just shy of its Golden Jubilee in 1990, dissolved the Society. However it is interesting to note that it took nearly 40 years for the second woman, Dr Freda Scott-Park from Dunbartonshire, to be elected president of the BVA in 2005.

So the hoppers of talented women in the workplace are filling up, even in engineering where the percentage of girls seeing it as a desirable career has risen from 21% in 2011 to 25% in 2012. (Figures from EngineeringUK's brand monitor.) London 2012 has also inspired women to embark on careers in construction and engineering, with 500 apprenticeships being given against a target of 350 and nearly 1,000 women in the construction workforce.

But some pipelines still seem to be leaking, evidenced in architecture for example where far more women study than practice, and there remain issues about women’s inclination or opportunity to reach the top in some sectors.

As Diane Houston, a psychology professor and graduate school dean at Kent University, commented this week, whilst boys may be disadvantaged at school, women still faced a glass ceiling in the workplace. As she comments, “I’m not sure that at this point we should be screaming about percentage differences in attainment given the way in which women’s careers atrophy through their reproductive lives. There may be more women training to be solicitors, but the judges are men.”

What is the solution, I wonder?  As well as declaring white men a minority in universities, applying a limit to the number of women going on to further education?  Applying a marking handicap to girls, to give boys the edge, like they did in the 11 plus examinations back in the 1950s? (I was one of these handicapped girls, but still got my place at grammar school.) Outlawing women’s groups and societies? Or should we resist any thoughts of social engineering and simply leave it to natural selection?