Who's that girl/woman/captain of industry......

There we were, listening to the head of one of the most successful engineering companies in the world declaring his support for promoting women on to boards. The event was a seminar organised by the Diversity Group of the Construction Industry Council in conjunction with Architects for Change. All rather encouraging, until the moment that reminded me, yet again, that construction and engineering lives in its own strange bubble. Brandishing a recent copy of the Financial Times women in business supplement, he asked the assembled audience if anyone recognized the woman on the cover - before declaring that he himself did not know who she was. 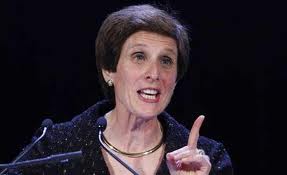 The woman in question was Irene Rosenfeld, Chief Executive of Kraft, who has attracted fury in the UK with her handling of the acquisition of Cadbury last year. Admittedly she doesn’t visit the UK often – in fact refusing to attend a Select Committee inquiry into the take-over in May this year– but even so her face has been  splashed over the business pages for weeks.  The controversy continues with her recent decision to split Kraft into two companies. And Allan Cooke, Chairman of Atkins, didn’t know her?
It reminded me of the day I put a series of women’s faces on the screen at a workshop at Simons Group, asking the assembled directors and staff if they recognized them.  And they didn’t – not even some of the women who held senior roles in companies who gave them business or who were influential in the world of property and retail. This inspired me to set up a mentoring programme with senior women from clients with high potential women from Simons – not only did the individual women benefit, but the profile of all them was raised.
This  incident  confirms my long held belief that people working in construction and engineering have huge difficulty recognizing not only the women working in their own industry but also in the rest of business world. If the woman who earns more than £11 million a year running a global company is invisible,  what hope is there for lesser female mortals in our industry who aspire to get on a board?
More on the CIC Diversity seminar later......
Posted by sandirhysjones at 21:07