Pulling up the drawbridge - or the Queen Bee syndrome 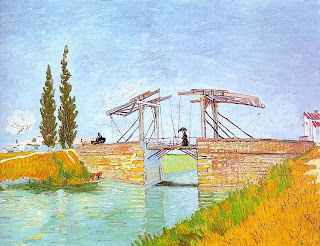 In the past week we have heard three women at the top giving their reasons for rejecting quotas as a way of getting more women up there alongside them. Firstly Christina Odone in The Telegraph recounted in hushed, respectful tones about how carefully she prepared for her recent board meeting - no bright colours, sensible heels etc etc - and comfort of knowing that she was there purely on her merits. She would feel so undermined, she went on, if there was any suggestion that she had been appointed simply as part of a quota.

Lucy Kellaway took up the issue in the Financial Times, in her characteristic mix of airiness and acidity, recounting what fun it was to be a non exec director, especially as there was a fellow woman on the board to enjoy chats with in the loo. But she doesn't feel that companies should employ 'vaguely plausible' women non execs just to fill a quota and support the development of women in the organisation.

Then Helen Alexander of the CBI debated strongly against the quota proposals - again on the basis of merit - at a debate to launch this year's First Women Awards.

Why do these women fall into the trap - as do many men- of assuming that a quota system will simply result in the appointment of inadequate women? Do they really believe that being forced to find women will fail to identify any good ones?

It is difficult to resist the thought that those women who have cracked the system and reached board level (whether through merit, connections or simply a profile gained from writing amusing articles in a national newspaper) are quite happy to sustain this exclusive enclave.

It was reassuring not to be alone with my misgivings. My letter in response to Lucy Kellaway was published in the FT on Wednesday 2 March, along with two others critical of her stance. As Sarah Bond, of KPMG commented in her response, "There is nothing more profoundly disappointing than hearing a senior woman arguing that gender equality is not an issue, and little that lets boards off the hook quite so effectively. "

Picture: Vincent van Gogh, Drawbridge with a Lady with a Parasol