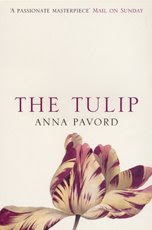 Flicking through New Scientist the other day, my eye was caught by a striking full-page advertisement featuring a black tulip. This was not the sought after flower that led to the tulip madness in the 1630s - an economic bubble that was as disastrous as the current house price or contemporary art bubbles of today. This tulip was black because of its coating of engine oil, and the headline was a call to ‘Join the people who will develop a non-polluting fuel.’
The ad was placed by the Institution of Engineering and Technology (previously known as the Institution of Electrical Engineers) in its campaign to attract more members who want to make significant positive differences to the world.
This is a cheery and positive message as this year’s rather subdued festive season gets under way. Then I heard a faint rattle of the ghost of Christmas Past, as I recalled an incident at a corporate drinks party last December. Upstairs, downstairs and on the stairs - people everywhere chatting animatedly, exchanging business cards, backslapping and greeting. Yes, give or take the odd no-show, the Christmas do was going well. Cranberry juice cocktails were proving as popular as the wine, boding well for a lower level of departing boisterousness than previous years.
The Chairman’s wife, successful in her own right, charming and stylish, was engaged in animated conversation when a departing guest interrupted the chat to bid her farewell. With a refreshing disregard for current political correctness, he complimented her warmly on her striking, jewel coloured silk jacket. But then he ruined the entire uplifting and charming effect with, "But I am only an engineer, so what do I know?"
Only an engineer? Only an engineer? What is going on in universities, colleges and the industry, that instils in engineers a sense of self-deprecation that makes Uriah Heep look positively cocky? For years, civil engineers in particular have bemoaned their lack of profile, the perennial complaint that they are seen by most people as a washing machine repairer or car mechanic. Mind you, both of these occupations can be greatly appreciated, particularly when the kitchen floor is awash or the engine doesn’t start as you set off to the airport.
Perhaps that is the key. How often do people need a civil engineer? Civil engineering expertise is not a distress purchase like other professional services such as law, accountancy or medicine - when faced with a court summons, tax return or broken leg (tick appropriate box).
Mind you, there have been occasions when I have been very happy to see a civil engineer and pay the bill too. Like the time when I had just bought a house in 24 hours – yes, it is possible – and then spotted two cracks running 30ft (10 metres in new money) from gable to ground on the flank wall of the newly acquired property. An hour later and the civil engineer was there, squinting into the sun and then pronouncing that there was no major problem. These were simply thermal cracks from coal fires over the past 150 years and could be sorted out with stitching and pointing.
That word 'only' applied to the problem, not the person delivering a professional solution to it.

Postcript: for those of you who are looking for a last minute Christmas present for a plant lover, I recommend Anna Pavord's beautiful book The Tulip.
Posted by sandirhysjones at 18:25