Making history on both sides of The Pond

On Tuesday 4 November 2008, whilst Americans across the USA were voting for their first black President, another historic event was taking place in the UK. Dr Jean Venables OBE was inaugurated as the first woman president of the Institution of Civil Engineers in its 190-year-old history.

It was a privilege and a pleasure to be one of the capacity audience in the imposing ICE headquarters building in Westminster to hear Jean deliver her presidential address. She pledged action on climate change, putting engineers right at the heart of infrastructure policy decision making, advising government every step of the way.

"We need to take the risk of taking decisions –now," she said, with calm authority. "We have got to engender the same sense of urgency and importance about climate change that the recent banking crisis has had." 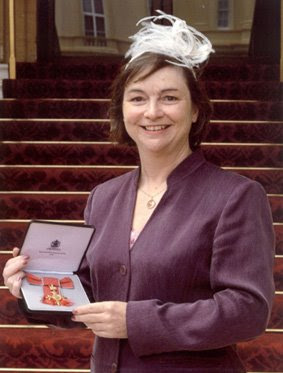 A leading engineer in the field of flood risk management – for which she was awarded the OBE in 2004 - Jean has combined her engineering career with running a successful consultancy with her husband Professor Roger Venables and bringing up two sons. She has an impressive portfolio of appointments and awards, including Fellowship of the Royal Academy of Engineering, visiting lectureships at Imperial College and Southampton University, and Chairmanship of the Thames Estuary partnership.

Told at school that ‘girls don’t do engineering’, Jean discovered that this was indeed the case when she arrived at Imperial College to be one of only two women studying civil engineering that year. As she commented in her address, "Considering I was only the 16th woman to become a Chartered Member of the ICE and the 12th to become a Fellow, it’s not surprising there’s never been a women president."

"ICE currently has only 8% female membership across all grades, so clearly there is much to be done to get more women into civil engineering. However, the landscape is already changing with 20% of the student and graduate member grades being women."

An important step in this direction was demonstrated when Jean introduced her President’s Apprentices – five young graduate members of ICE chosen to work closely with her throughout the year. They will gain an invaluable insight into the role of a senior engineer and the workings of the institution. Three of the five are young women.
Posted by sandirhysjones at 22:30

Congrats to Dr Jean Venables! Your blog is very motivating and inspirational to women business owners and women in general!